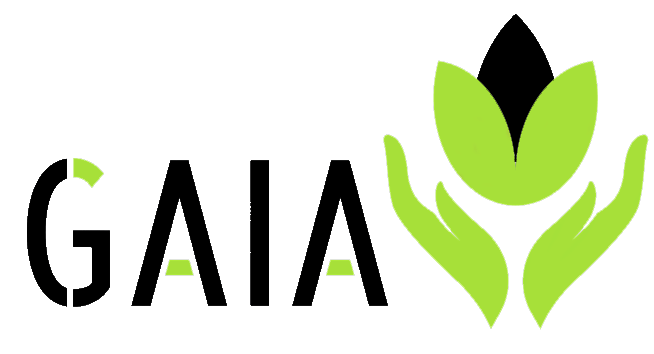 Vancouver, British Columbia – TheNewswire – July 23, 2019 – Gaia Grow Corp. (formerly, Spirit Bear Capital Corp.) (the “Company”) announces that it has completed the acquisition (the “Transaction”) of the privately held Gaia Grow Corp. (which has subsequently changed its name to “Gaia Grow Holdings Corp”) (“Gaia”). In accordance with the terms of the Transaction, Gaia has amalgamated with a wholly-owned subsidiary of the Company, and the Company has changed its name to “Gaia Grow Crop.”

In connection with completion of the Transaction, Gaia completed a private placement financing (the “Financing”) through the offering of 45,076,969 subscription receipts (each, a “Receipt”) at a price of $0.10 per Receipt, for gross proceeds of $4,507,697. Immediately prior to completion of the Transaction, each Receipt was automatically converted into one common share of Gaia (the “Receipt Shares”), and the proceeds from the Financing were released from escrow. Following the release of the proceeds, Gaia paid finders’ fees of $86,065 to certain parties who had introduced subscribers to the Financing.

The Company has also assumed an obligation owing to former shareholders of Gaia Bio-Pharmaceuticals Inc. (“Gaia Bio”), a wholly-owned subsidiary of Gaia, in which such shareholders may be entitled to an additional payment in the event the 8,400,000 common shares issued by Gaia to acquire Gaia Bio are valued at less than $2,000,000 at any time during the sixty day period following Gaia Bio receiving a licence to cultivate cannabis. In such a case, an additional payment of $1,600,000 will be owing to the former shareholders of Gaia Bio, to be satisfied in cash or through the issuance of common shares of the Company based upon the greater of: (i) the thirty-day volume-weighted average trading price of the common shares of the Company on the Exchange at the time of issuance, and (ii) $0.10 per share. Any common shares of the Company issued to satisfy this payment will be subject to a Tier 2 Value Escrow Agreement.

Board of Directors and Management

The Transaction constitutes a “Qualifying Transaction” for the Company under Exchange Policy 2.4 – Capital Pool Companies. The Company has filed a filing statement on SEDAR (www.sedar.com), dated June 28, 2019, relating to the Transaction (the “Filing Statement”). Readers are encouraged to review the Filing Statement, which provides detailed information about the Transaction and the business of Gaia. Following completion of the Transaction, the Company will be listed on the Exchange as a Tier 2 Industrial Issuer, under the ticker symbol “GAIA”. Trading in the common shares of the Company is currently halted pending completion of customary filings with the Exchange in respect of the Transaction, as well as completion of the acquisition of a lot of land (the “Lamont Property”) located in Lamont County, Alberta, for the purposes cultivating hemp. The Company will issue a further news release once the acquisition of the Lamont Property has been completed and a date for the resumption of trading has been confirmed.

Each of Transcend, and Pelsco, acquired their additional common shares of the Company in consideration for common shares of Gaia held prior to the Transaction, and intend to hold these shares for investment purposes. Although neither party has any intention to acquire further common shares of the Company at this time, either may choose to do so as market conditions warrant. Copies of the early warning reports filed by each of Transcend, and Pelsco, in accordance with applicable securities laws, are available under the profile for the Company on SEDAR (www.sedar.com). To obtain a copy of the early warning reports, or for any further information, contact Frederick Pels at This email address is being protected from spambots. You need JavaScript enabled to view it..

For further information, contact Frederick Pels at This email address is being protected from spambots. You need JavaScript enabled to view it..

On behalf of the Board,

Investors are cautioned that, except as disclosed in the filing statement prepared in connection with the Transaction, any information released or received with respect to the Transaction may not be accurate or complete and should not be relied upon. Trading in the securities of the Company should be considered highly speculative.

This news release may contain certain “Forward-Looking Statements” within the meaning of the United States Private Securities Litigation Reform Act of 1995 and applicable Canadian securities laws. When or if used in this news release, the words “anticipate”, “believe”, “estimate”, “expect”, “target, “plan”, “forecast”, “may”, “schedule” and similar words or expressions identify forward-looking statements or information. These forward-looking statements or information may relate to regulatory or government requirements or approvals, the resumption of trading in the common shares of the Company, satisfaction of the additional payment to the shareholders of Gaia Bio and other factors or information. Such statements represent the Company’s current views with respect to future events and are necessarily based upon a number of assumptions and estimates that, while considered reasonable by the Company, are inherently subject to significant business, economic, competitive, political and social risks, contingencies and uncertainties. Many factors, both known and unknown, could cause results, performance or achievements to be materially different from the results, performance or achievements that are or may be expressed or implied by such forward-looking statements. Such risk factors may include, among others, the risk that required approvals of the Exchange are met to resume trading in the common shares of the Company and risks related to the hemp market, including restrictions imposed by Health Canada or such other regulatory approvals. The Company does not intend, and does not assume any obligation, to update these forward-looking statements or information to reflect changes in assumptions or changes in circumstances or any other events affecting such statements and information other than as required by applicable laws, rules and regulations.

We look forward to making Gaia Grow Corp a success with you! Inquire below and a member of our team would be happy to reach out directly.